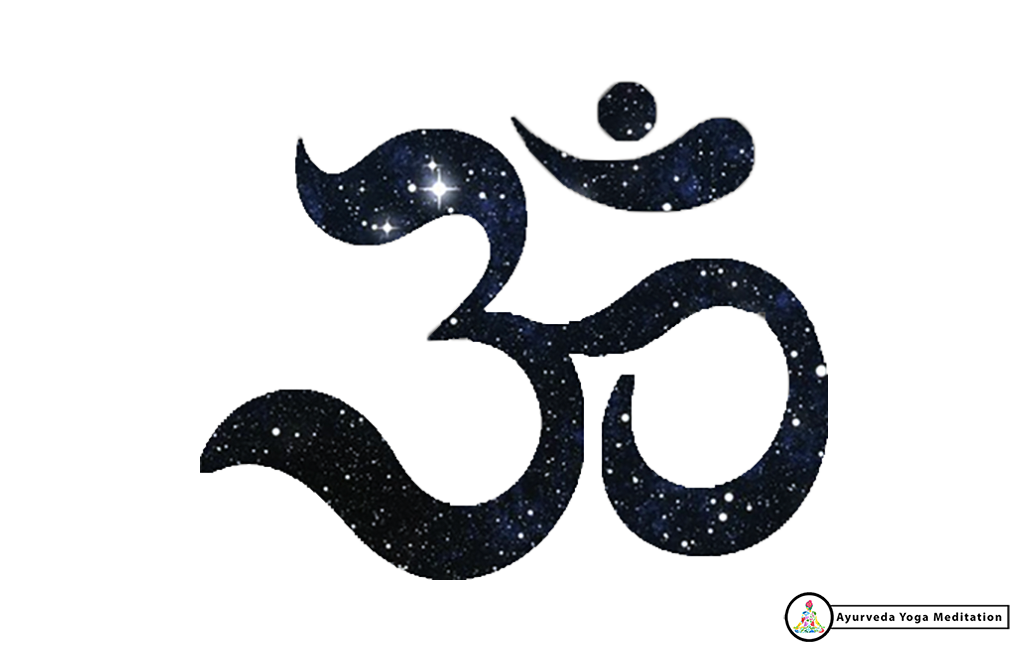 OM or AUM, the Mantra of Mantras

OM (or AUM) is a sacred Sanskrit syllable that represents the Original sound: In other words, the original vibration, the source of all beginning of the universe.

The Om mantra is considered the most powerful mantra, the origin of all other mantras. It contains in essence not only all other sounds but also all forms of energy.

Repeating the mantra OM is a vibrational key that puts us in harmony with the universal consciousness,OM corresponds to the root chakra, the first chakra.

The AUM synthesizes the three aspects: spirit / soul / body; but also the 3 phases of life.

It represents the past, present and future respectively as well as the Hindu trinity:

A, represents Brahman, the creator god. It is the earthly world, the creation, the beginning, the birth. It symbolizes the waking state, the outward facing consciousness.

U represents Vishnu, the patron god. It is the middle world, the dream, the continuation, the life. The sleeping state, the inward facing consciousness. The manifestation of the subtle world.

Surmounted by the comma symbolizing illusion, ignorance and the dot the absolute truth, the transcendental state, the absolute consciousness. - The bindu, a point found on the middle of the forehead, the third eye.

This cycle repeats itself ad infinitum: everything is born, lives for a time, then dies and returns to merge into the universe...

- It stimulates the para-sympathetic nerve, causing the heart rate to slow down

- It causes a vibratory self-massage of the organs and viscera of the rib cage and abdomen.; The vibrations reach the deepest tissues and nerve cells, thus increasing blood circulation.

- Brings back calmness in us by stopping the fluctuations of the mind;

In summary, The vibrations, which occur during Om chanting, align the body, mind and soul, and bring harmony and peace to them.


How to chant the AUM or OM MANTRA?

To begin, it is best to place your hands over your ears to better feel the vibrations created.

The Aum (or Om) sound starts from the back of the throat and goes up to finish on the lips.

Keep your lips parted and inhale through your nose deeply.

As you exhale, say the sound "To..." . The sound should be low and even. At the end of the exhalation, close the mouth, contract the abdominal muscles to expel the remaining air, continuing on a nasal "m...". Hold as much as possible without forcing.

Do not dwell on your past mistakes and failures as this will fill your mind with sorrow, regret and depression. Do not repeat these mistakes in the future.